The XIX International AIDS Conference, which saw over 24,000 participants, came to a close on Friday, July 27, 2012. A number of people living with HIV/AIDS, activists, the immediate past president and current president of the International AIDS Society (and 2008 Nobel Prize Winner in Medicine), House Minority Leader Nancy Pelosi (D-CA), and former President Bill Clinton were among the speakers.

Throughout the week, repeated calls were made to achieve an “AIDS free generation” and to “end AIDS.” Many recognized the funding crises that exist, including funding shortfalls at the Global Fund, and called for increased commitments to global health funding.

Here are some highlights from the speeches delivered at the closing ceremony.

A member of the DC Coalition highlighted the epidemic in Washington, DC noting that 6% of black men in DC and 12% of black women are infected with HIV/AIDS.

Several of the speakers noted that the Obama administration does not “speak with one voice.” Although DHHS announced that it would release grants for Ryan J. White programs to eliminate ADAP waitlists, the United States Trade Representative (USTR) is negotiating the Trans-Pacific Partnership Agreement (TPPA), a free trade agreement where the US has put down negotiating text designed to lower patentability criteria and lengthen monopolies, thereby reducing access to generic medicines. Speakers called for the killing of the TPPA. When President Clinton gave his address, silent protesters entered the plenary room holding signs that said “No New NAFTA” and “Stop the TPP.”

House Minority Leader Nancy Pelosi noted that 25 years ago, when she was elected to Congress, the first speech she gave on the floor of the House announced that she was there to fight AIDS. Afterward, a colleague asked why she wanted that to be her introduction to Congress and she responded that was her mission. She noted that San Francisco felt like “ground zero” at that time in terms of the AIDS epidemic. She specifically mentioned Henry Waxman, former Senator Ted Kennedy, and Barbara Lee as members of Congress who have helped in the fight against AIDS, such as through the passage and funding of Ryan White programs or the Affordable Care Act. She noted that during her tenure as Speaker of the House, the US doubled funding from US $4 billion to US $8 billion for global health. She also called on action from parliamentarians worldwide to increase their commitments, noting that cutting back on global health financing is a “false economy” because of the costs to the future in terms of lives and resources. On a personal note, Pelosi noted that the flower girl in her wedding died of AIDS. She concluded that “where there is scientific opportunity, we have a moral obligation to provide it” and “where there is discrimination, we have a moral obligation to fight it.”

At one point, one speaker specifically asked, “Pharmaceutical companies, where aer you? Why are you not in the Medicines Patent Pool? Why are you restricting production of generic medicines? This week, why are you wining and dining doctors here at this conference when there are people dying in the streets of Soweto and Islamabad?” This speaker also called out the United States asking, “why are you providing treatment through PEPFAR on the one hand while the other hand” promotes free trade agreements, such as the TPPA.

Speakers called for the decriminalization and greater respect for human rights, particularly for women and girls who are consistently excluded and marginalized from decision-making. One speaker noted that getting to zero or ending the AIDS epidemic is doomed to fail without the necessary funding.

The new IAS president and 2008 Nobel Prize Winner in Medicine, Françoise Barré-Sinoussi, presented an award to former Global Fund Director Michel Kazatchkin. She also noted that it was unacceptable that 300,000 babies will be born HIV positive in 2012 when we have had the means to prevent mother-to-child transmission since the 1990s. She echoed calls to be more inclusive to drug users and sex workers. Additionally, the called the fact that intellectual property rights undermine access to medicines “unacceptable.” She noted that while and AIDS free generation is possible, money is not the only challenge.

Bill Clinton’s address began with the question: how will we achieve an AIDS free generation? He noted that while AIDS was once a death sentence, it no longer needs to be, but that to achieve universal access by 2015, treatment must be scaled up by 30% each year. He pointed out that in terms of financing, of the US $16.8 billion currently invested in the fight against HIV/AIDS, more than half of this money comes from the affected countries. He noted that with low treatment costs available in sub-Saharan Africa, there is “no excuse for failing to treat” the remaining population in need. He called for better attention to high risk populations, noting that currently less than one percent of prevention dollars are aimed at high-risk populations and that “politics too often drives spending decisions.” He called for more money to be channeled to capable governments, with an emphasis on spending more on treatment. Clinton noted that infection rates in DC among some groups are as high as those in sub-Saharan Africa; he added that the next highest rates of infection are in the south, where Clinton is from. He noted that areas where the stigma of men having sex with men or sex workers is highest, such as the South in the United States or in Central Asia, Eastern Europe, the Middle East or North Africa, the epidemic is particularly problematic. Clinton highlighted the critical need for generic medicines and also pointed to the fact that we have access to treatment problems domestically, noting that many persons who do not qualify for ADAP assistance still cannot afford to pay for the necessary medicines.

Below are some pictures from the week: 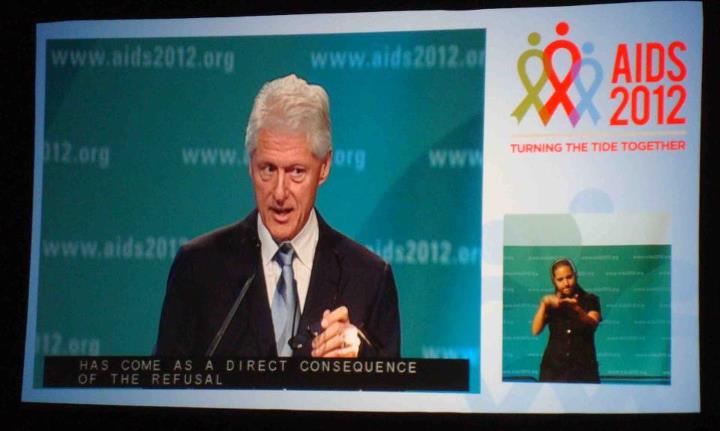 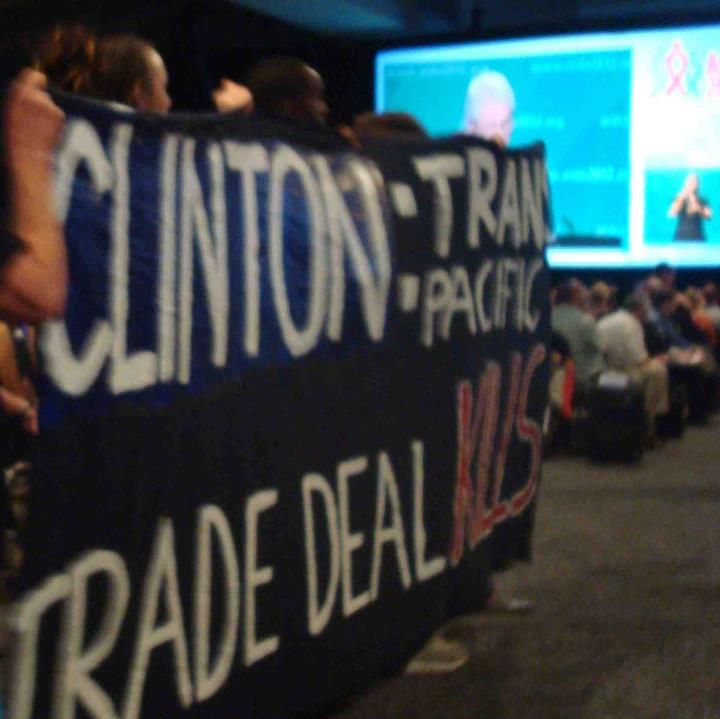 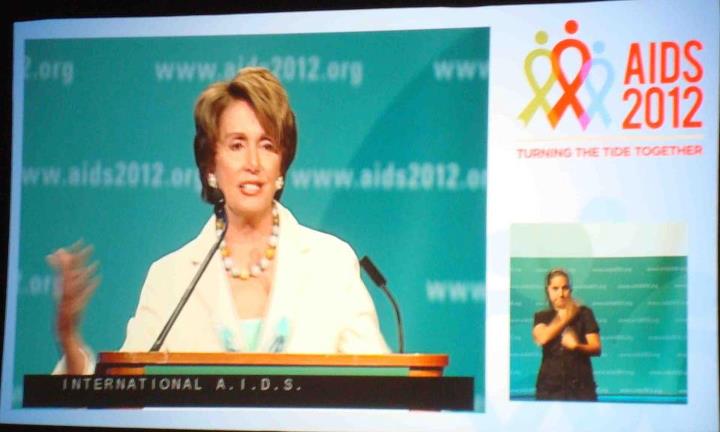 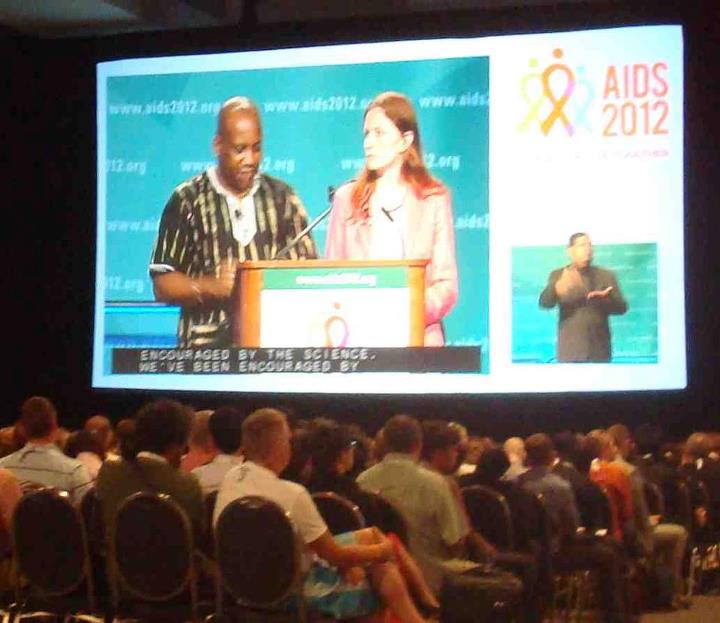 Workshop on “Overcoming Intellectual Property Barriers to Enable Access to Affordable Antiretrovirals: Pricing and Patent Toolkits and Sharing of Successful Strategies from Brazil, India and South Africa, co-hosted by MSF, TAC and UNDP 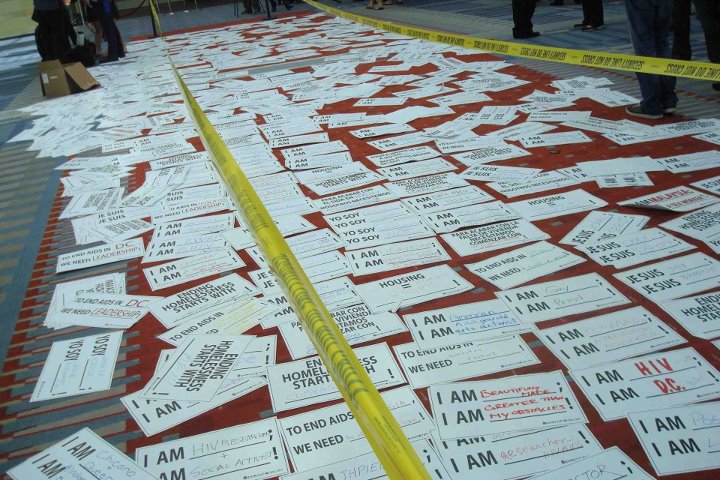 Installation outside the exhibition hall 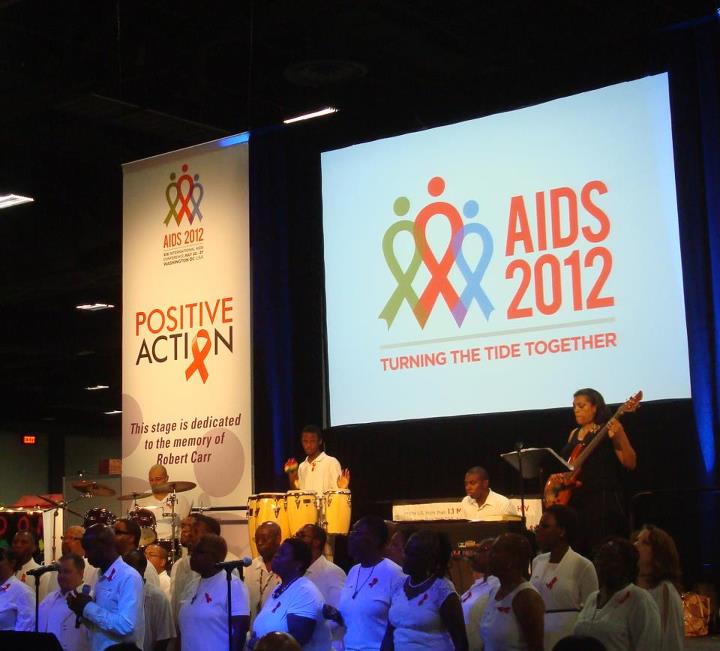 Performance at the Global Village 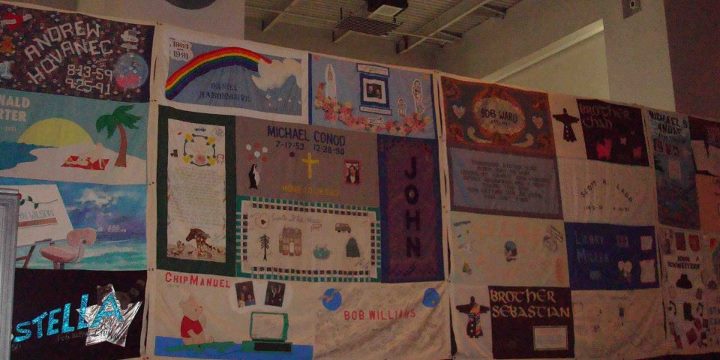 Portion of the AIDS quilt showcased at the convention center 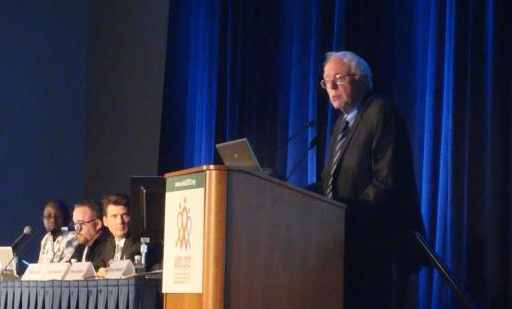