As we reported then, the Global Fund announced the following goal with respect to the creation of a global framework on tiered pricing:

We anticipate that the framework will have lasting influence and will be considered by the G20, the World Trade Organization (WTO), or other relevant institution within 24 – 36 months of development. The Task Force will conduct formal outreach to these institutions during the project. Establishing processes to enforce a framework, likely through the WTO, will be time consuming. It will be important to implement models in the near term as global agreements are created. 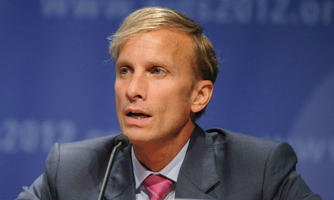 The project outcomes and deliverables of the Global’s Fund EAI are as follows:

The EAI Working Group will work inclusively with a Panel of Experts, modeling groups, and our key stakeholders to analyse and introduce a new health classification framework, to help countries transition their health programs more smoothly – as they move along the development continuum. As part of the deliverable, the EAI will explore how to measure i) countries’ capacity for co-financing and – ii) in-country institutional capacity – as key components of health capacity, that are replicable and usable as coefficients.

The EAI Working Group will:

5. Ensure that Georgetown University prepares written reports on the EAI, against project milestones to the Wellcome trust – and future funders of the EAI;

7: Approve all public disclosures relating to the Project – including presentations, posters and papers – (provided that the contributions of the Wellcome Trust and other funders is acknowledged in all such publications, quoting relevant award numbers). The intellectual property (IP) of the resulting work products would be owned by the Partnership – and made available in the public domain;

In terms of an organizational structure, there appears to be an EAI Working Group, a Panel of Experts, and a Co-Convenor Technical Group. From the documents in KEI’s possession, not much can be gleaned about the composition or structure of the EAI Working Group. According to informed sources, the Co-Convenor Technical Group may consist of functionaries from the Global Fund and possibly, GAVI, UNICEF, UNDP, UNITAID and the World Bank. It is unclear at this stage what the role if, if any, the WHO or WTO secretariats will play in Dybul’s grand plan. The proposed Expert Panel members include some well-known names: Pascal Lamy, former Director General of the WTO, proposed Chair, Donald Kaberuka, President of the African Development Bank, proposed Vice-chair, Larry Summers, Former Secretary of the Treasury of the United States, Peter Piot, Director of the London School of Hygiene and Tropical Medicine, Awa Coll-Seck, Minister of Health and Social Action, Senegal, Justine Greening, Secretary of International Development, the United Kingdom of Great Britain and Northern Ireland, Christopher Elias, President of Global Development Program, Bill and Melinda Gates Foundation, Mercedes Juan Lopez, Minister of Health, Mexico, Trevor Manuel, Minister in the Presidency for the National Planning Commission, South Africa, Nafsiah Mboi, Minister of Health, Indoneisa, Aaron Motsoaledi, Minister of Health, South Africa, Ngozi Okonjo-Iweala, Minister of Finance, Nigeria, Ali Bongo Indimba, President of Gabon, Edwin Cameron, Justice of the Constitutional Court of South Africa, Lawrence Gostin, Professor of Global Health Law, Georgetown University and Michael Kirby, Justice of the Australian High Court.

It should be noted that the Global Fund discussion paper does not indicate whether any of the names proposed as Expert Panel Members have confirmed their participation. The Expert Panel Members will be “invited to define the parameters of the required technical work of the EAI, as well as provide recommendations around related process and leadership work” (Source, Draft Proposed Panel Members for Equitable Access Initiative). The proposed list has placeholders for civil society, the financial sector, and placeholders for China, France, an “Indian female”, Thailand, Vietnam and a place holder for the Head of the BRICs Development Bank. While Africa, Europe and North America seem well represented in the proposed list of experts, it seems Asia and South America appear to be given short shrift – especially considering the focus of this initiative is to address the access challenges faced by some low-income countries as they graduate into middle-income status.

1. Over the past decade, there has been a significant increase in access to life-saving health interventions in low-and middle-income countries (MICS), particularly immunization and treatment for infectious diseases.
2. However, as some low-income countries (LICs) move into middle-income status, they may lose eligibility for certain global health and development resources.

3. Although sudden increases in GDP and GNI may indicate corresponding increases in public health capacity; these economic concepts as a measurement of wealth can be misleading concerning a government’s ability to provide equitable access to health for its citizens. Other factors, including the size of the governments health budget, a countries’s specific disease burden, the state of the country’s health infrastructure, and availability and quality of health services, and citizens’ real level of income and ability to procure essential health technologies for themselves, all can – and do play a role in health outcomes.

5. As the global health landscape changes and countries experience a constellation of issues supporting their health programs, GAVI, The Global Fund, UNICEF, UNDP, UNITAID, WHO and the World Bank, are collaborating and gathering quantifiable data and qualitative analysis- to tackle the issues at hand.

6. Over the past several moths, we have agreed that as development Partners, the Equitable Access Initiative (EAI) would form part of our contribution to the post-2015 development agenda, and better that [sic] ensure the investments and the gains we have made over the past decade will be sustained.

7 The work of the EAI should fit within designing a holistic approach to enable more equitable access to essential health technologies, and the Expert Panel well be conscious of that.

According to the World Bank’s classification (2013), a low income economy is one with a Gross National Income (GNI) per capita (World Bank Atlas Method) of less than $1,045 (Source, World Bank page on Country and Lending Groups). The World Bank defines a lower-middle income economy as one having a GNI per capita higher than $1,045 and lower than $4,125. Upper middle income economies have a GNI per capita higher than $4,125 and lower than $12,746. The Global Fund led-initiative seeks to address the access challenges faced by low-income countries who graduate to middle income status, particularly, those who face the threat of losing eligibility of donor supported programs for medicines, vaccines, diagnostics and other health technologies. As this initiative clearly identifies GAVI , the Global Fund, The World Bank, UNDP , UNICEF and UNITAID as Development Partners, one wonders if the respective boards and members states of these institutions have given the greenlight to submit the outcomes of this normative work on country classification as part of their contributions to the UN’s post 2015 development Agenda?