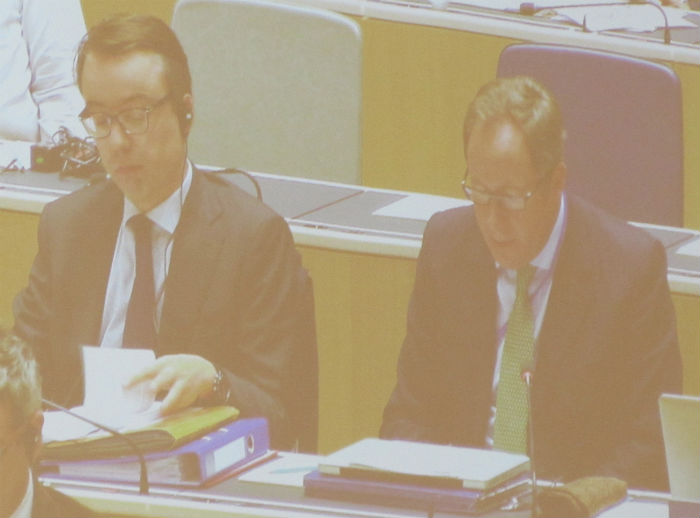 EUROPEAN UNION: Thank you, Chairman. The European Union and its Member States would like to thank you and the WIPO Secretariat for the preparation of this 29th session of the Standing Committee. We hope that the Committee can work constructively this week and we rely on your stewardship, the dedication of the Secretariat and the goodwill of all WIPO Member States for that purpose. We would also like to welcome the Deputy Director General and the start of her mandate and wish her every success in the future. Common name to ensure the best possible use of time and resources which requires clarity as to the goals and expected deliverables under each agenda item. The European Union and its Member States have been actively involved in the discussions on the Treaty for the protection of broadcasting organizations. We attach great importance to these discussions and have worked tirelessly to advance work on a matter that undeniably is a complex and technical one at times.

We believe that in order to achieve a Treaty providing broadcasting organizations adequate and effective protection a broad Consensus needs to be built as to the extent of the protection to be granted. We are trying to build such Consensus, our aim needs to remain the conclusion of a Treaty which is meaningful in view of the technological realities and of the needs of broadcasting organizations in the 21 service century. Chairman, the European Union and its Member States are willing to participate constructively and concretely in discussions on limitations and exceptions.

We have to acknowledge that the absence of a new mandate from the last General Assembly on this matter raises the question of the nature of the discussions that the Committee shall have on exceptions and limitations on libraries and archives. Nevertheless there should be a meaningful way toward in this area despite defining differences as to the most appropriate course of action and desired outcomes which have been become only too apparent in the last meetings of in Committee. Traveling requires a direction. Particularly when there is a collective effort and the European Union and its Member States would like to see this Committee proceed on a sharing understanding of what this direction should be.

We would like to see this Committee succeed through this approach. For that we need to overcome the difficulties which resulted in the SCCR not being in a position to make recommendations on exceptions and limitations for libraries and archives at the last session. The European Union and its Member States would like to reiterate their belief that work on exceptions and limitations for libraries and archives and for educational teaching and research institutions and persons with other disabilities can be done within the current international copyright framework and the flexibilities this framework offers. With no need for further normative work at international level. Our belief is that a solid international copyright system is also a function of the actual implementation countries undertake of international norms and of the use they make of the space that those norms provide. International cooperation subject to further discussion may be of assistance on these aspects. With regards to the working methods of SCCR we would move to fact based Chair summaries as in other meetings. Thank you, Chairman.