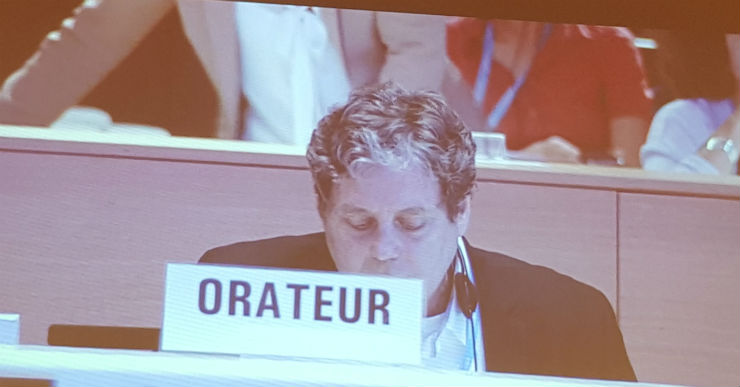 The following is the intervention on behalf of Stichting Health Action International (HAI) at 69th World Health Assembly, Agenda Item 16.2: Follow-up to the report of the Consultative Expert Working Group on Research and Development: Financing and Coordination – Report of the open-ended meeting of Member States.

KEI worked with HAI on the statement, and it was delivered by James Love

The 69th World Health Assembly is being asked to reform the way medical R&D is financed. One important element of the reform is to implement the delinkage of R&D costs from drug prices.

The term “delinkage” is used for a set of options that aspire to change the paradigm for financing innovation. The term can be understood as partly technical – the separation of R&D costs from product prices, and the mechanisms for doing so – and partly polemical – a political demand for a feasible path to universal access to new drugs.

Delinkage can also be used to induce openness and sharing of knowledge, and to make investments in R&D more cost-effective and responsive to the needs of patients and society.

The current global systems for financing R&D depends upon monopolies and, by design, high prices. To replace systems of high prices with something new, there have to new ways of paying for R&D. Global agreements on R&D funding are necessary to achieve this outcome.

While the benefits of funding R&D as a public good are obvious enough, getting government to agree to do so is a challenge. The WHO should convene a meeting to consider the incentives that would induce member states to fund medical R&D as a public good.

The R&D Observatory should received adequate funding, and collect and publish data on R&D costs, as well as the text and/or the terms of licenses on publicly funded R&D.

In November 2015, the UN Secretary General established a High Level Panel on Access to Medicines to remedy “the policy incoherence” between the measures that increase prices and demands for more equal access to products. In the draft resolution in A/69/40, we support operative paragraph 8 bis.