The Associated Press recently released a chart from the Centers for Medicare and Medicaid Services’ Office of the Actuary that outlines spending for the top 20 costliest drugs to Medicare in 2015 after reaching Medicare’s catastrophic spending threshold: http://www.nytimes.com/aponline/2016/07/25/us/ap-us-medicare-pricey-drugs-glance.html. 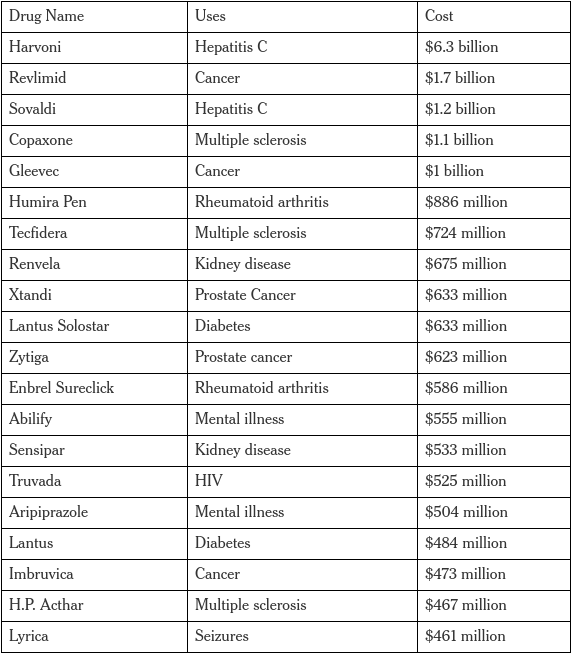 The CMS data revealed the following: