The original proposal for the Marrakesh treaty, including the 2008 report of the drafters, is here. 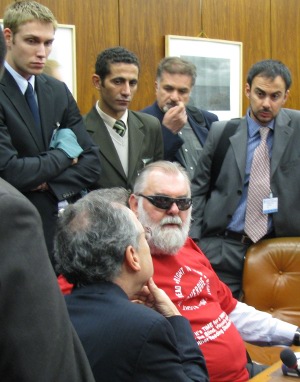 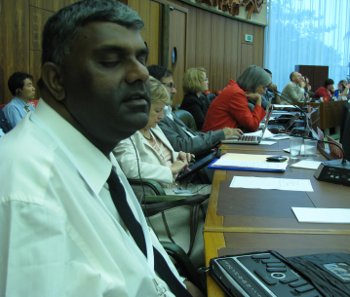 On a national level, KEI is a member of the United States Reading Rights Coalition, which is concerned about efforts to disable text-to-speech functions in ebook readers, KEI also provides technical assistance to governments and civil society on reading disabilities projects, including the analysis and amendment of national copyright laws.

Update on the WIPO Treaty negotiations

November 21 to December 2, 2011. Standing Committee on Copyright and Related Rights : Twenty-Third Session took place (Geneva, Switzerland). The Working Document on an International Instrument on Limitations and Exceptions For Visually Impaired Persons/Persons with Print Disabilities SCCR/23/7 is available here. KEI Blogs are at SCCR23.

June 2011. SCCR 22. During that meeting a joint “Proposal on an international instrument on limitations and exceptions for persons with print disabilities” was tabled by Argentina, Australia, Brazil, Chile, Colombia, Ecuador, the European Union and its Member States, Mexico, Norway, Paraguay, the Russian Federation, the United States of America and Uruguay. A copy of that proposal is available here, as SCCR/22/15 REV.1. Commentary from June 2011: The joint proposal was a major breakthrough, because it was proposed jointly by both developed and developing countries, and contained very few differences. There is, however, no agreement on whether this will a treaty or a soft recommendation. The SCCR will meet in November, and could then agree that it has a text that could be the basis of a treaty, or a soft recommendation. The publishers want this to be a soft recommendation. The WBU, KEI and others want it to be a treaty. The conclusions of SCCR 22 can be found here as: Conclusions

Reports of the EU Parliament support

Knowledge Ecology International»Right to Read for Persons with Reading Disabilities