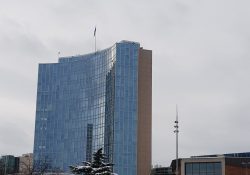 On Thursday afternoon, 6 July 2017, the 26th session of the WIPO Standing Committee on the Law of Patents (SCP), chaired by Ms. Bucura Ionescu (Romania) reached agreement on future work on the following issues: i) Exceptions and Limitations to Patent Rights, ii) Quality of Patents, including Opposition Systems, iii) Patents and Health, iv) Confidentiality of Communications between Clients and Their Patent Advisors and v) Transfer of Technology. END_OF_DOCUMENT_TOKEN_TO_BE_REPLACED

Today at WIPO, KEI hosted a side event to discuss the ability of countries to deny injunctions in patent infringement cases.

END_OF_DOCUMENT_TOKEN_TO_BE_REPLACED

On July 4th, 2017, Andrew Goldman delivered Knowledge Ecology International’s intervention on patents at health at the 26th session of the WIPO Standing Committee on the Law of Patents (SCP).

Since the African Group and Development Agenda Group first tabled their proposal on a work program on patents and health in May 2011, much has happened.

END_OF_DOCUMENT_TOKEN_TO_BE_REPLACED

Knowledge Ecology International (KEI) cordially invites you to attend our side event during deliberations at the Twenty-Sixth Session of Standing Committee on the Law of Patents (SCP) of the World Intellectual Property Organization (WIPO).