USTR head Ambassador Ron Kirk made another speech on intellectual property on September 30, 2009. The text of his speech is here. Below are a few relevant quotes.

As we work to overhaul the health care system, innovators can help us succeed by finding new ways to streamline health records, new medicines and devices to treat disease, and new ideas to help us confront growing health care demands. Reform of the health care system will ensure those innovations have the greatest possible impact.

We need to focus our innovative energies on developing solutions to meet the growing needs of the world’s population – from wellness to food to energy – and to develop new ways to meet those demands. If we do so, we can create a more sustainable world, a more prosperous economy, and a better quality of life for the American people.

We need a trade policy that contributes to and reinforces goals in areas like health care and the environment. We must find ways to work together on issues like access to medicines and climate change.

Last year Chairman Baucus at a hearing of the Senate Finance Committee asked the CEO of Pfizer and the late Prof. John Barton of Stanford University to begin a process of trying to find common ground among different viewpoints on access to medicines. Sadly Prof. Barton recently passed away, depriving America of a thoughtful voice in the discussion. But we should not let his passing end the effort to build bridges. On the contrary, we should continue and seek to broaden the constructive conversation Professor Barton helped to start. I offer my support to both the public health community and the public health industry to help carry that effort forward.

Professor Barton has made many friends over the years, and has done much good. However, the Pfizer/Baucus/Barton discussions were not among the high points of his career. Held in secrecy between U.S. government officials, Senator Baucus’s staff, and pharmaceutical lobbyists, and basic thrust was a proposal to press “middle income” developing countries to pay higher prices for medicines, in return for some very limited pricing concessions to public sector entities, with rationales based upon well known and often empirically challenged industry talking points.

On ACTA, the secret trade agreement, Kirk had this to say:

Every economy stands to benefit when partners play by trade rules. And the rules on intellectual property are clear: pirates and copycats are not to be tolerated. They say imitation is the sincerest form of flattery. But we’re not talking about flattery. We’re talking about theft. And that theft doesn’t just hurt American creators and inventors. It can also harm the unwitting consumers of potentially harmful counterfeit goods.

Others should be as interested in protecting their creators, innovators, and consumers as Americans are in protecting ours. So, we are working together with key partners to forge an Anti-Counterfeiting Trade Agreement by 2010.

That agreement and other intellectual property safeguards will ensure lawful access for more consumers in more countries to original, high-quality American products, rather than counterfeit or pirated black-market goods.

It is hard to debate the merits of an agreement that Ambassador Kirk has cloaked with secrecy, by asserting the national security of the United States would be harmed by providing the public access to the negotiating texts — even as those documents are provided to hundreds of corporate lobbyists.

(Below is a Wordle.Net version of Ambassador Kirk’s speech) 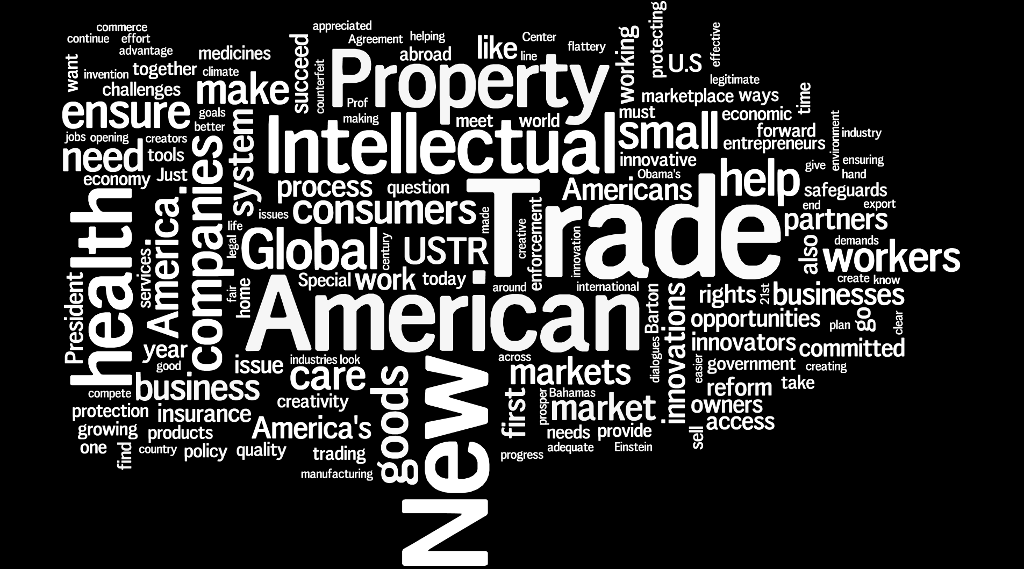