What is Herceptin? How does it work?

According to this NIH fact sheet.

Approximately 20 to 30 percent of breast cancers overexpress HER–2. These tumors tend to grow faster and are generally more likely to recur (come back) than tumors that do not overproduce HER–2.

Roche has a Herceptin Development Timeline that provides a number of important data points for the development of this cancer drug. The timeline begins in 1975, with the work of Georges Köhler and César Milstein, at the Medical Research Council, Laboratory of Molecular Biology in Cambridge, UK, and mentions the work of scientists at several Universities and government research labs, as sell as Genentech and other private companies. The enrollment in Phase II trails began in 1993, and the enrollment of Phase III trials began in 1995, with the enrollmentof for “the Phase III pivotal trials for the anti-HER2 antibody” now known as Herceptin (Trastuzumab) completed in March 1997, and submitted to the FDA in a BLA some 14 months later, in May 1998. Also in May 1998, DAKO submitted a pre-market approval (PMA) application to the FDA for approval of its diagnostic tool her HER2, which it would market as the HercepTest. Herceptin was approved by the FDA in September 25 1998, less than 5 years from the start of Phase II trials and less than 3 years from the start of Phase III trials. The FDA has so far issued 10 supplements to the initial FDA approval, the most recent on October 29, 2010.

The Roche timeline is somewhat selective, and does not emphasize the period when Genentech abandoned development of Herceptin.

According to the RePORT online database of grants, “In 2010, there were 1352 publications citing support from projects in the hit list.”

A December 13, 2010 search of the NIH RePORT database also mentions 1,547 grants that mention both HER2 and cancer.

In 1990, Lilly Tartikoff Karatz along with Ronald O. Perelman, Chairman and CEO of Revlon, created the Revlon/UCLA Women’s Cancer Research Program under the direction of Dr. Dennis Slamon. The annual Fire & Ice Ball in Hollywood was also established in 1990 to raise funds for this program. These funds were used to rapidly advance clinical trials which led to a new FDA approved drug, Herceptin, which increases responses and survival in women with the most aggressive form of breast cancer.
Lifetime Television and Renee Zellwegger produced the film Living Proof which follows the true story of Lilly Tartikoff Karatz and Ronald Perelman’s efforts to raise money for Dr. Dennis Slamon’s cutting-edge science. The film is also based on the book HER-2 written by Robert Bazell, which chronicles Dr. Slamon’s development of the drug Herceptin. The film stars Harry Connick Jr as Dr. Slamon and Angie Harmon as Lilly Tartikoff Karatz along with a supporting cast that includes Bernadette Peters, Amy Madigan and Amanda Bynes. The film aired on the Lifetime Channel in October 2008 during Breast Cancer Month. 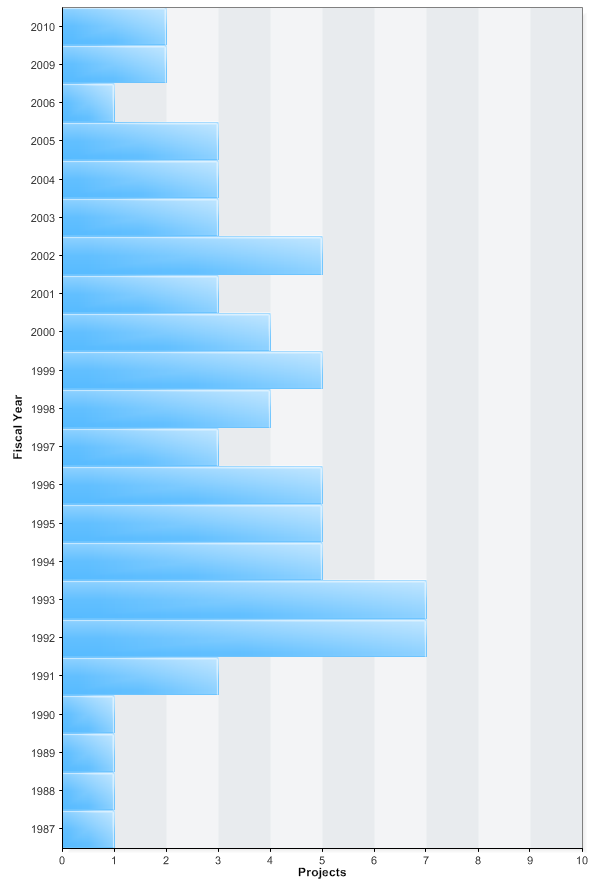 A search of the NIH RePORT database, on December 9, 2010, using the term trastuzumab, found 53 patents. The first patent was filed in 1975. 29 of the 53 patents were filed before the 1998 FDA approval of Herceptin. The NIH RePORT database also identifies 96 patents that have the search terms HER2 and cancer.

Dennis Salmon is listed as an inventor for 17 patents from the USPTO. Of the 17 patents, five disclose government interests, and 12 do not.

The Genetech official Timeline mentions three pivotal Phase III trials involved 850 patients that were started in 1995. The 1998 FDA approval label referred to two trials involving a total of 691 patents for the evaluation of safety and efficacy, and reported on adverse events from a total of 958 patients treated with herceptin.

CLINICAL STUDIES
The safety and efficacy of HERCEPTIN were studied in a randomized, controlled clinical trial in combination with chemotherapy (469patients) and an open-label single agent clinical trial (222 patients). Both trials studied patients with metastatic breast cancer whose tumors overexpressthe HER2 protein. Patients were eligible if they had 2+ or 3+ levels of overexpression (based on a 0–3+ scale) by immunohistochemical assessment of tumor tissue performed by a central testing lab.

A December 11, 2010 search of ClinicalTrials.Gov using the term trastuzumab located 414 studies. Of these 215 were identified as funded by industry, 112 funded by the NIH and other federal agencies, and 92 by “other” which includes universities and other non-profit organizations, and individuals. Most of the trials are listed as having multiple funders. According to Clinicaltrails.gov the enrollment for the trials were funded by the following sources:

Note that “Other” in the database refers to: “All others (Individual, University, Organization, … ).” It most cases, trials that are identified as having funding by “other” are sponsored or co-sponsored by universities and other non-profit entities that receive significant NIH funding.