(Following discussions with Ed Silverman of Pharmalot, this blog was updated at 12 pm on March 22, to add some suggestions as to how to reform the Orphan Drug Act).

This note concerns an increase in the price of hydroxyprogesterone caproate, from $10 to $20 per dose to $1,500 per dose. (Several injections are needed). Long used off label to prevent premature births, the drug will be sold by KV Pharmaceuticals, under a newly granted right under a statutory monopoly, at 150 times the price of the generic product using the trade name Makena.

Below is the press release from Senator Sherrod Brown (D-OH), regarding the letter from U.S. Sen. Sherrod Brown (D-OH) and U.S. Sen. Amy Klobuchar (D-MN) that was sent to Federal Trade Commission about “efforts of KV Pharmaceutical to monopolize a pre-term labor prevention drug for pregnant women.” There are news reports about the price hike by Pharmalot, Bloomberg, Time, TechDirt, the WSJ, the LA Times, ABC and this video report from the Associated Press, as well as many other news outlets.

How was KV Pharmaceuticals able to gain a monopoly on an older drug that was widely in use for less than $20 per injection?

According to the FDA Orange Book, there are no patents on the drug. The monopoly is a consequence of the Orphan Drug protection, which will be in effect until Feb 3, 2018.

There are no unexpired patents for this product in the Orange Book Database.

According to the FDA, KV Pharmaceutical Company received the following Orphan Designation:

The Orphan Drug Act gives a company the automatic right to a 7 year monopoly for a new use for an older drug when the Orphan indication involves less than 200,000 patients per year in the United States, regardless of who paid for the research on drug, how much it cost to develop the drug, or the prices charged to consumers. The relevant legal provisions are available from the FDA here.

The problems with hydroxyprogesterone caproate (Makena) unfortunately are not unique, and indeed, the price hike in this case is actually lower than for many other Orphan Drug products. Some orphan products are priced at more than $100,000 per year, and some generate more than $1 billion per year in sales, for “orphaned” diseases. However, the Makena case is certainly worth examining in more detail.

ClinicialTrials.Gov identifies 28 clinical trials involving hydroxyprogesterone caproate. The total number of patients enrolled in the reported trials was 9,942. A variety of sources of funding were reported for the trials. These are reported in Table 1, by the stage of the trials.

Among the trials identified as funded by Industry, only two were sponsored by KV Pharmaceuticals. One was a Phase III trial involve 1,707 patients, and another was an observational trial involving 375 patients. To the extent that KV Pharmaceuticals invested in these trials, it was eligible for a 50 percent tax credit for the costs of the trials.

The NIH RePorter Database provides details on 38 NIH grants for the text Search: hydroxyprogesterone caproate, Fiscal Year: All Fiscal Years. Between 2 and 9 NIH grants were awarded each year from 2005 to 2011. 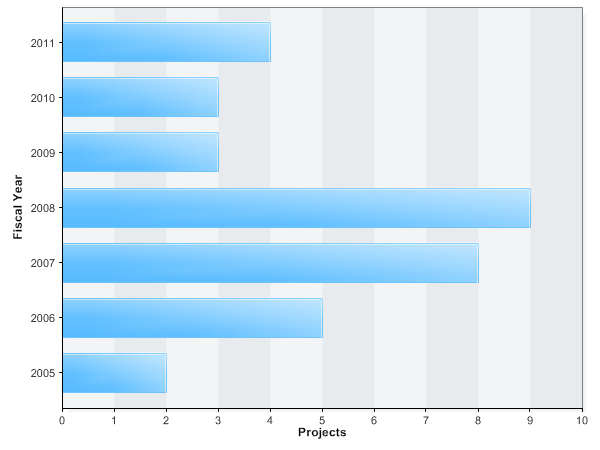 Senators Sherrod Brown (D-OH) and Amy Klobuchar (D-MN) have asked the FTC to investigate the abuse of the pricing of the drug now protected by the Orphan Drug Act statutory monopoly. This will be a difficult task for the FTC under current U.S. case law regarding the excessive pricing of drugs protected by statutory monopolies like patents or Orphan Drug Act or regulatory test data exclusivity. At some point, the Congress needs to revisit the Orphan Drug Act itself, and revise the open ended grant of the monopoly for any product used to treat an indication of less than 200,000 U.S. patients.

How difficult would it be to reform the Orphan Drug Act? Not difficult at all. SEC. 526[360bb]. (a) could be amended to read:

And, procedures could be changed so that:

(X) Before any exclusivity is granted under this Act, the entity seeking the exclusivity shall provide an economic and medical rationale for the grant of exclusivity, including information about the investments that have been or will be made, the prices it will charge, and the mechanisms to address the access needs of persons who cannot afford the drug. The public shall be given notice of and access to such applications, and provided the opportunity to comment on the request for market exclusivity, including to suggest additional safeguards to protect consumers from unreasonable pricing of the product. Any grant to exclusivity under the Act may include at the discretion of the Secretary or a designee of the Secretary, appropriate conditions and limits on the exclusive rights that may be needed to protect to public as consumers and taxpayers.

“KV created an overnight monopoly for this lifesaving drug – and then proposed raising the price by 14,900 percent,” Brown said. “Since KV Pharmaceuticals announced the intended price hike, I called on KV Pharmaceuticals to immediately reconsider their decision, but to this date the company continues to defend this astronomical price increase. Price-gouging is never acceptable, particularly not when it undermines public health and fleeces taxpayers. Parents-to-be deserve an investigation.”

At a Senate Appropriations Hearing on Thursday, Brown grilled Food and Drug Administration (FDA) Commissioner Margaret Hamburg on the outrageous price increases of a drug to prevent preterm pregnancy. Last week, Brown sent a letter to the CEO of KV Pharmaceuticals – a company which gained exclusive rights to sell an already existing drug that prevents premature labor – and then increased prices per dose from $10 to $1,500, a 14,900 percent price increase. This week, he’s sent a letter requesting a price-gouging investigation of KV’s practices by the Federal Trade Commission (FTC).

The drug for high-risk pregnant women, which KV Pharmaceutical plans to sell under the brand name Makena, has been produced by compounding pharmacies for years and typically costs between $10-20. Last month, KV Pharmaceutical became the first company to receive FDA approval to sell the product and plans to raise the cost to $1,500 per dosage.

This price increase could lead to fewer women being able to afford the drug, increasing our nation’s already too-high preterm birth rate of 13 percent. Higher costs mean that health insurance companies could either stop coverage of the treatment or impose higher premiums on consumers and already stretched state Medicaid programs would be forced to deal with the financial repercussions of the company’s decision.

Last week, Brown sent a letter to KV Pharmaceutical Company’s CEO calling on the company to maintain access of the critical drug and stem an increase in premature births.

Full text of the letter to the FTC is below.

Full text of the letter to the FTC is below.

I am writing to request that the Federal Trade Commission initiate a formal investigation into any potential anticompetitive conduct arising out of KV Pharmaceutical’s actions regarding a dramatic 150-fold increase in price that the company has applied to a proven progesterone treatment.

17-hydroxyprogesterone caproate, sold by KV Pharmaceutical under the name Makena, is a weekly injection of a form of progesterone meant to prevent preterm labor in high-risk pregnant women. This drug, which first came to market over 50 years ago, has recently been used to help prevent early births to women who had a history of spontaneous preterm deliveries. Prior to KV Pharmaceutical’s actions, this product was mixed by compound pharmacies and administered safely for $10 to $20 per injection. Due to the product being given orphan drug status, KV Pharmaceutical has potentially created an anticompetitive market and has indicated they will dramatically increase the cost per injection to $1,500.

While I understand the Food and Drug Administration (FDA) is working to ensure that drugs marketed and sold in the United States are safe and effective, I am concerned that KV Pharmaceutical is taking advantage of FDA’s approval of Makena and orphan drug determination to achieve rights as the sole source for this limited use of progesterone, leading to a monopolization of treatments to address preterm labors.

I appreciate KV Pharmaceutical’s attempt to provide financial assistance to help purchase Makena. However, the financial assistance is not sufficient and does not extend to certain groups of women. In additional to significant costs to individuals, this price increase will place a heavy burden on state Medicaid programs, which cover a majority of high-risk pregnancies. I am extremely concerned that KV Pharmaceutical’s actions will result in diminished access to appropriate health care for women and result in increased preterm births.

Thank you for your attention to my request.

Knowledge Ecology International»Blogs>>Note on use of Orphan Drug Act to increase price of hydroxyprogesterone caproate from $10 to $1,500 per dose