In this communication to Senator Hatch, these industrial behemoths weave an intriguing web connecting the UN High Level Panel on Access to Medicines with the Paris climate change negotiations of 2015 and the World Health Organization’s negotiations on a Framework of Engagement with Non-State Actors (FENSA). These industrial giants appeal to Hatch to work closely with the Obama Administration to replicate the Paris model of an “effective interagency
approach to safeguard innovation at multilateral institutions” waxing lyrically about the successful outcome of the final UNFCCC text which contained no references to intellectual property.

There is a positive precedent for such an approach: recent coordination among the U.S. Department of State, Office of the U.S. Trade Representative (USTR) and the U.S. Department of Commerce at the December 2015 UN Framework Convention on Climate Change (UNFCCC) negotiations in Paris. In Paris, technical and IP experts from different parts of the Administration worked together to secure a final UNFCCC text that does not mention IP and thus removes uncertainty that could have discouraged continued investments by U.S. companies in clean technology. 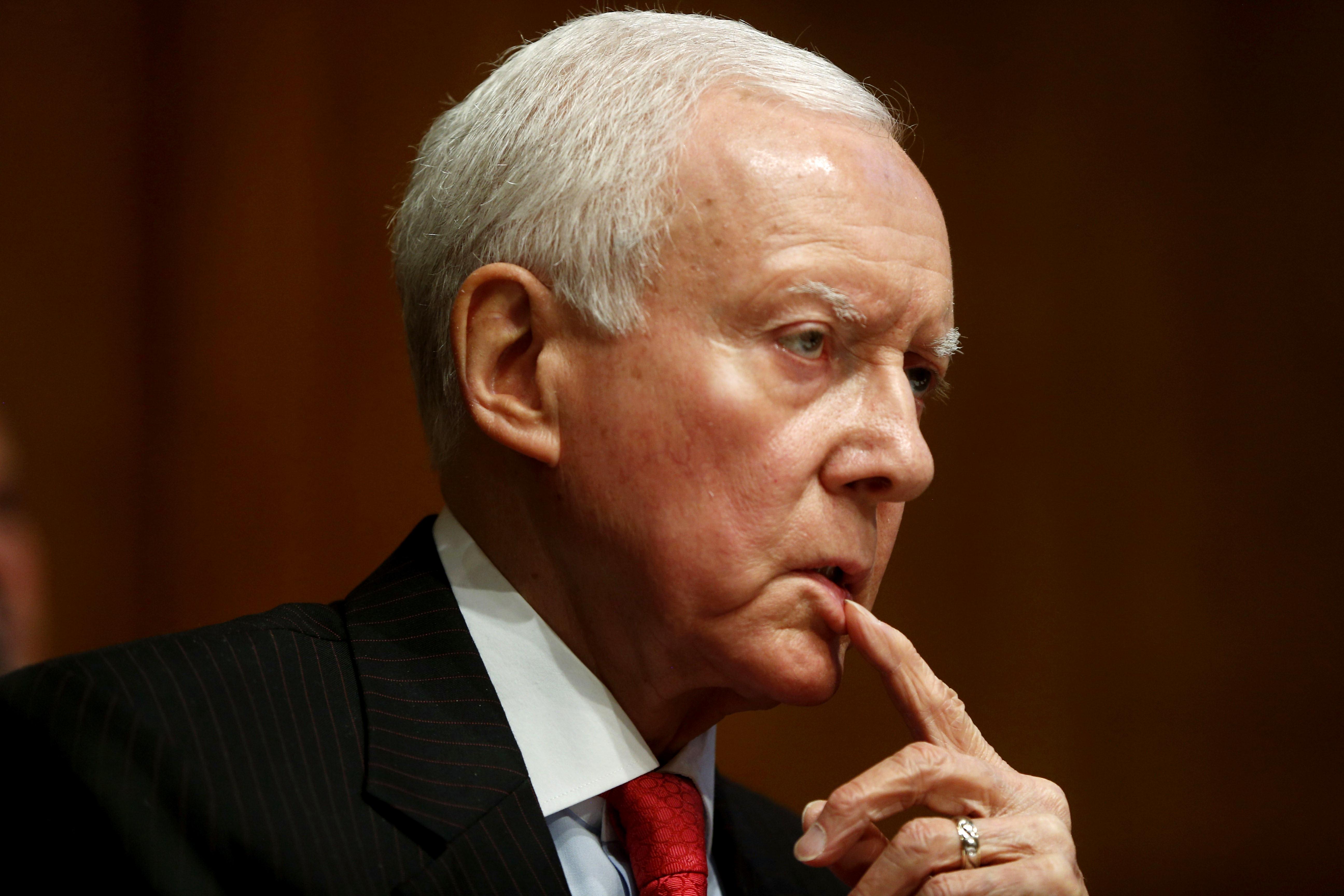 Senator Hatch, chairman of the Senate Finance Committee and President pro tempore of the United States Senate, is an ardent supporter of expanded intellectual property norms, who in April 2011, wrote a letter to then-Secretary of State, Hillary Clinton complaining about Global Fund’s policy on generic procurement and compulsory licensing. In this letter to Secretary Clinton, Senator Hatch proceeded to give a rather twisted reading of the TRIPS Agremeent:

By advocating for developing countries to disregard the Agreement on Trade-Related Aspects of Intellectual Property Rights (TRIPS) through issuing compulsory licenses to gain access to Global Fund grants, we are abusing the system. (Source: Letter from Senator Hatch to Secretary Clinton, 13 April 2011)

In reaching out to Hatch, PhRMA, BIO and the Chamber express fear that the UN HLP “could degrade the global ecosystem for innovation, leading companies to curb investments in R&D and thus depriving people worldwide of critical advances in areas like healthcare and clean energy.”

The trade associations identify the following problems with the UN HLP:

Challenges to IP protection are proliferating throughout the UN system, and the approach adopted by the U.S. delegation in Paris could be applied to other UN initiatives, such as the recently announced UN High Level Panel on Access to Medicines (UNHLP). This panel, formed by the UN Development Program (UNDP) in November 2015, will analyze and make recommendations to “remedy the policy incoherence between the justifiable rights of inventors, international human rights law, trade rules and public health in the context of health technologies.”

We are concerned, however, that the UNHLP process will not provide for an informed, balanced, and inclusive dialogue that adequately incorporates the perspectives of innovators. Concerns have already arisen from the lack of transparency regarding the selection of the panel members and experts, the limited scope of inquiry that specifically excludes the broader context needed to understand the complex issues impacting the development and deployment of health-related technologies, and the tight timeline for the Panel’s work that allows little room for stakeholder engagement. Based on the lack of balance evident in the background and views of Panel and advisory group members, and as well as the lack of important context about the value of intellectual property in the Panel’s supporting documents, it is unfortunately likely that the result of this process, while perhaps well-intentioned, will be ill-informed.

As a policy response to the UN HLP, these US trade associations propose replicating the assiduous, inter-agency, full court press the United States government pursued, in tandem with big business, in the run-up to the Paris Climate Change Conference in November 2015. Presumably, in the context of the UN HLP, PhRMA and BIO aim to coordinate closely with the U.S. Department of State, the Office of the United States Trade Representative (USTR), the U.S. Patent and Trademark Office (USPTO), the White House and the Department of Health and Human Services (DHHS).

Significant challenges to IP still remain in the Paris Agreement’s implementation and subsequent negotiations—especially those related to the technology development and transfer chapter. Nonetheless, we are certain that the successful UNFCCC outcome on IP in Paris could not have been achieved without close interagency cooperation and collaboration among the U.S. government’s technical and IP experts in dialogue with business. This allowed the U.S. delegation to develop and defend consistent negotiating positions that, ultimately, are in the interest of not only U.S. innovators, but also people everywhere who will benefit from clean innovation in the years to come. We would recommend that this coordination continue on other
important debates….

U.S. leadership will be essential to managing diverse initiatives across the UN system, such as the UNHLP, to ensure that they do not undermine innovation. All relevant U.S. government agencies must be aligned in such efforts, and the U.S. delegation must be appropriately staffed with officials from the agencies with IP expertise. This formula was essential to the positive outcome in the UNFCCC negotiations in Paris, and it should be retained as we tackle ongoing discussions that impact technology and healthcare innovation in the United Nations.

In light of this letter to Senator Hatch, one wonders if these trade associations have also expressed similar concerns to the Obama administration? The companies exult in the outcome of the Paris Agreement which expunged references to intellectual property. Following on the heels of the Paris Climate Change Conference in November 2015, it is clear that interests as diverse as British American Tobacco, General Electric, Pfizer and Walmart seek to cripple the HLP’s quest to “remedy the policy incoherence between the justifiable rights of inventors, international human rights law, trade rules and public health in the context of health technologies” in a bid to maintain the status quo.

Knowledge Ecology International»Blogs>>BIO, PhRMA and US Chamber of Commerce express fear of UN High-Level Panel on Access to Medicines in letter to Senator Hatch