The morning session, devoted to opening statements, witnessed three references to the United Nations High-Level Panel on Access to Medicines made by India, Pakistan and Indonesia.

We appreciate WIPO’s engagement with other UN bodies. The group would like to know the terms of reference of this engagement especially with World Trade Organisation and World Health Organisation on areas particularly where there is no consensus among member states. In this regard, we would also request detailed information about WIPO’s engagement with the UN Secretary General’s High Level Panel on Access to Medicines and the mission briefings in Geneva and New York on this subject. 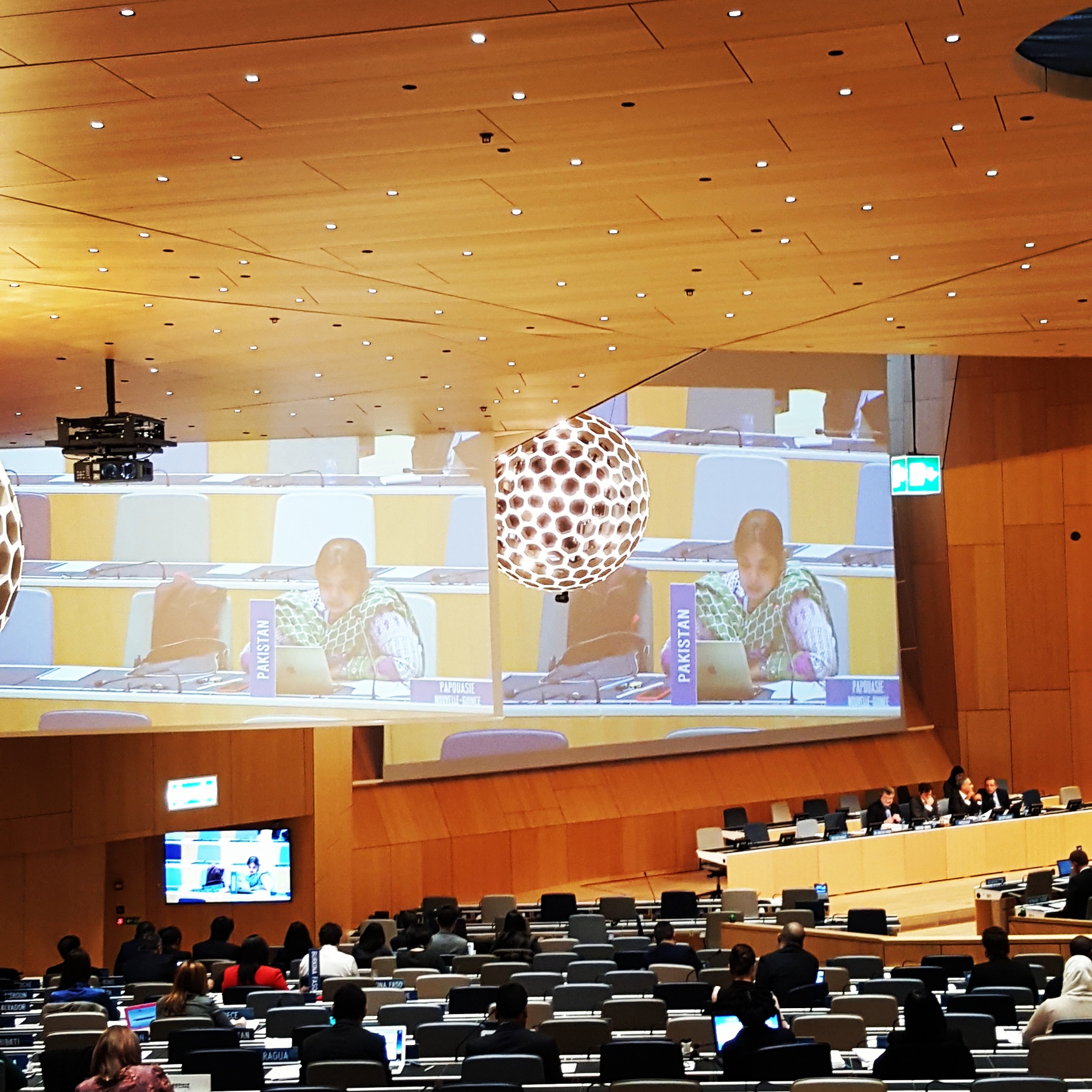 We have repeatedly requested the secretariat to brief us about the terms of reference under which the organization engages with other UN bodies especially on areas in which there is no consensus among member states.

We received a demarche from NGOs about the secretariat mission briefings related to the UNSG High-Level Panel process in Geneva and New York where the secretariat expressed WIPO’s sensitivity by questioning, and I quote, “the prima facie assumption in the mandate of the HLP that there is policy incoherence between IP laws and regulations to encourage innovation and the imperative of delivering medicines and other health services to those in need.”

This runs counter to the DA itself, which recognizes the existence of policy incoherence between IP protection and the public interest and seeks to encourage WIPO and its member States to address such policy incoherence. We would request the secretariat to explain the situation and brief member states about WIPO’s input to the HLP.

6. Based on the contents of the report, the Africa Group would like to make the following requests:

More information from WIPO on its involvement in the UN High Level Panel on Access to Medicines; including making available the substantive input submitted to the High Level panel.

In his response, the Director-General (Francis Gurry) stated:

These are delicate situations for the Secretariat. We are only there as a Secretariat. Nigeria rightfully pointed out, there are divergences among the member states. There’s no policy instrument…We regard our role as an information role. The SDGs are a live process, as is the process relating to the SDGs. We would be happy to upload our submission to the UN HLP.

I would not refer it as “policy incoherence”; I would refer it to as “tension”. In my personal view, it’s a tension that will continue to exist. We need to be more innovative than the microbes, there’s not much use for innovation if we can’t use it.

Following the response of the Director-General, Brazil stepped into the fray:

Regarding the contribution of WIPO to the United Nations’ system, I’d like also to mention the UN Secretary-General’s High-Level Panel on Access to Medicines. We thank the clarification provided by the Director-General. Nevetheless, the statements made by WIPO representatives during briefing meetings last February caused concern by apparently questioning the panel’s mandate. The complex interplay between the protection of intellectual property and the imperative of ensuring access for life-saving medicines is not a new issue. It was object of a unanimous WTO Decision in 2001 that generated many initiatives such as the Paragraph 6 system. Additionally, the anti-competitive use of intellectual property rights in a way that threatens access to medicines and reduces the general welfare of society is well-documented in the European Commission’s Pharmaceutical Sector Inquiry. The High-Level Panel was established precisely to discuss ways of providing incentives for both innovation and access. These incentives can take many forms, such as the Medicines Patent Pool or the Drugs for Neglected Diseases Initiatives, among others. The trilateral study by WIPO, WTO and WHO touched upon some of these issues. Considering its experience in the subject, WIPO can and should bring a positive contribution to the discussions of the High-Level Panel. We look forward to read WIPO’s contribution to the Panel, when available.

The representative of the Third World Network (TWN) expounded on the importance of the UN HLP’s work in remedying the policy incoherence between human rights obligations and trade rules.

With regard to the UN Secretary General High Level Panel on Access to Medicines, we note the response of the DG, which mentioned that it is not a matter of policy incoherence but a tension between intellectual property and public health.

International human rights law obligates countries to respect, to protect and to fulfill socio, economic and cultural rights such as the right to health and right to science. Access to affordable generic alternatives is a prerequisite to fulfillment of the right to health. The right to science obligates states to ensure its citizens enjoy the benefits of scientific progress and its applications. However, this is not possible without affordable access. The international IP regime, especially product patent protection and data exclusivity, incapacitates developing countries from fulfilling their human rights obligations, thus resulting in policy incoherence between the international obligations on human rights and trade law and in this context IP law. Twenty years of experience with TRIPS shows that the strategy of using TRIPS flexibilities to address the incoherence between human rights and trade law has not delivered the desired result, for a variety of reasons. Similarly, the existing IP regime creates policy incoherence with sustainable development goals (SDG) especially with targets sets in SDG 3 on communicable and non- communicable diseases, which cannot be met without access to new affordable medical products.

The concern is that of policy incoherence. These issues cannot simply be dismissed as being a mere tension.