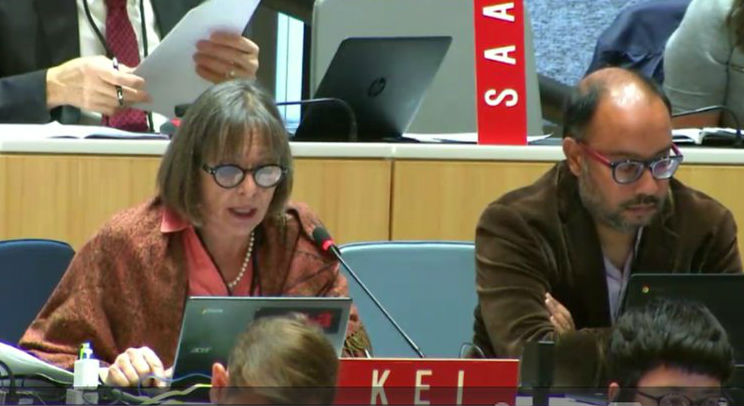 I will be speaking here as a user of libraries and archives and as a user of out of print and orphan works for my past academic work and my research today.

The combination of the low standards for copyright protection, the elimination of formalities or requirements for registration, and the very long periods of protection, have contributed to a massive sea of works for which it is impossible to identify and locate the lawful owner of the copyrights. These “orphaned works,” include both published out-of-print and unpublished works.

There are no reliable estimates of the number of orphaned works. Certainly there are millions of books no longer in print for which no one can easily locate the owner of the copyrights. There are also countless newspaper and magazine articles, pamphlets, and other protected works, as well as untold numbers of photographs, recordings, films, personal letters, and other items strongly protected by the civil and criminal statutes, but which no one has a clear right to use or exploit commercially.

The rise of the Internet and digital publishing possibilities has created enormous interest in new approaches to liberalizing access to such work.

There are many different approaches under consideration to liberalize access to orphaned works. Some involve the use of compulsory licenses granted by governments, to allow works to be exploited, subject to payment of fees to collection societies or funds for authors. Others involve state mandated extended licensing agreements, with voluntary opt-outs, again involving payment of fees to collection societies. Canada, and Japan for example have both well established system in place.

KEI sees many flaws in the European Union Orphan Works Directive, and to name a few:

It is limited to non-profit use and does not allow the cross border application of the exception outside of the EU.

It also requires costly new bureaucratic procedures and does not provide adequate protection to institutions involved in digitisation and dissemination of orphan works.

Keeping record is certainly not foreign to libraries but the new requirement to add to existing record keeping activities the provision of a single publicly accessible online database is way too expensive for many public institutions already under-resourced!

Today WIPO and this committee have the opportunity to prevent what libraries and archives and their users can already call the digital black hole of knowledge where orphan works disappear for all of us.