Attached is a letter sent on September 14, 2017 to Andrew Bremberg, an Assistant to the President and the Director of the Domestic Policy Council at the White House, and Keagan Lenihan, a Senior Adviser to HHS Secretary Tom Price, regarding Zinbrytra (INN: daclizumab), a drug to approved by the FDA to treat multiple sclerosis. (PDF version here)

This is an older drug, and the NIH obtained a patent on its use to treat multiple sclerosis, and licensed the patent on a exclusive basis to Biogen. Biogen and Abbvie market the drug around the world. The price in the United States is more than $96,000 per year ($7390 per injection every 4 weeks, 13 times a year), but far lower in every high income country where KEI obtained prices.

The letter asks DHHS to use one or more of three federal rights in the NIH licensed patent to “authorize affordable competition, or to force Biogen to lower its price.” The three actions include using the royalty free right in the patent, exercising march-in rights, or terminating the license. The option to terminate the license is featured in the letter, and it is an action that KEI had not focused on previously.

The termination clause is something the U.S. government can do with government owned patents, including any owned by the NIH.

At the end of this blog is a graph of the prices of MS drugs, over time.

We write to you today with regard to the excessive price of an important drug for multiple sclerosis called daclizumab, co-marketed by Biogen and AbbVie as Zinbryta at prices roughly 3 to 4 times higher in the United States than in other high income countries. The patent for Zinbryta was licensed from the NIH, and under the Bayh-Dole Act there are three specific actions the United States government can and should utilize to authorize affordable competition, or to force Biogen to lower its price. These include: (1) making use of the government’s royalty-free rights in the patent; (2) utilizing the “march-in” right to license the patent to a third party; and/or (3) terminating the exclusive license.

Amidst a crisis of out-of-control drug prices, this is an instance where the federal government has the power to act without the need for any additional statutory authority. 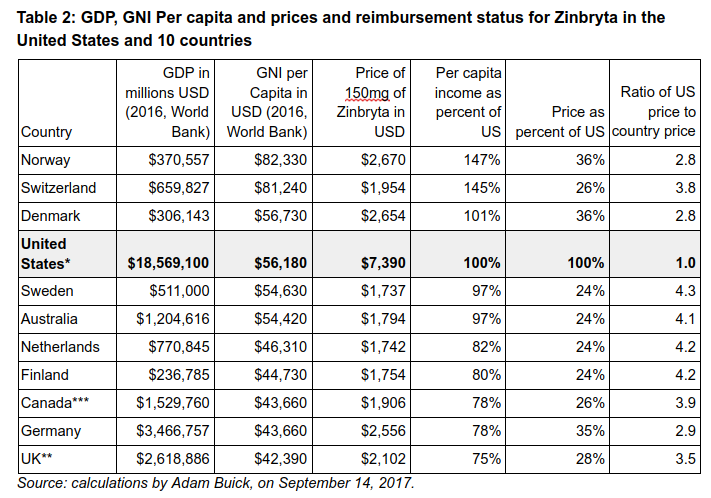 In this case, prices in the U.S. are not only higher — they are 180 to 330 percent higher than every high income country where KEI could obtain pricing data. The pricing of Zinbryta is contrary to statutory requirement of the Bayh-Dole Act to make the inventions available to the public on reasonable terms.

A failure by HHS to address the discrimination against U.S. residents in pricing harms everyone who buys or reimburses the drugs, including all U.S. taxpayers, all employers who pay for health benefits, and many persons living with multiple sclerosis who face daunting co-payments, who are underinsured, or who never get the drug because of its high cost.

We request that the Department of Health and Human Services use one or more of the three options at its disposal under the Bayh Dole Act to lower prices of this important MS drug, including:

(1) under 35 U.S.C. § 209(d)(1), utilizing the royalty-free license in the government-owned patent to authorize generic competition;

(3) 35 U.S.C. § 209(d)(3), terminating the exclusive NIH license to Abbott/Biogen on the ground that the company is failing to abide by its obligation to make to invention “available to the public on reasonable terms”.

Specifically, this letter should be seen as request to exercise march-in rights under 35 U.S.C. § 203(a), and/or to terminate the license under 35 U.S.C. § 209(d)(3), on the grounds that charging U.S. residents 2.8 to 4.3 times more than residents in other high income countries is on its face unreasonable, and in violation of the requirement in 35 U.S.C. § 201(f) to make the invention covered by the license “available to the public on reasonable terms.” We also urge DHHS to use the royalty-free right in the patents to exercise leverage and freedom to operate whenever it faces challenges in implementing its section 203 or 209 rights.

We believe that terminating the exclusive license may be the best option, because it will provide the most leverage and the most flexibility in terms of obtaining alternative supplies of the product. But a credible threat to use any of these three options will be sufficient to force Biogen and AbbVie to lower its price of Zinbryta, at least to the prices that the companies already charge in other countries with incomes similar to the United States.

The Trump Administration has made numerous public pronouncements regarding the need to fight high drug prices, a policy point supported by overwhelming public opinion. In this instance, the government has all of the leverage it needs to take strong, decisive action to benefit multiple sclerosis patients, consumers, and taxpayers.

We request a meeting at your earliest convenience to discuss this matter further. 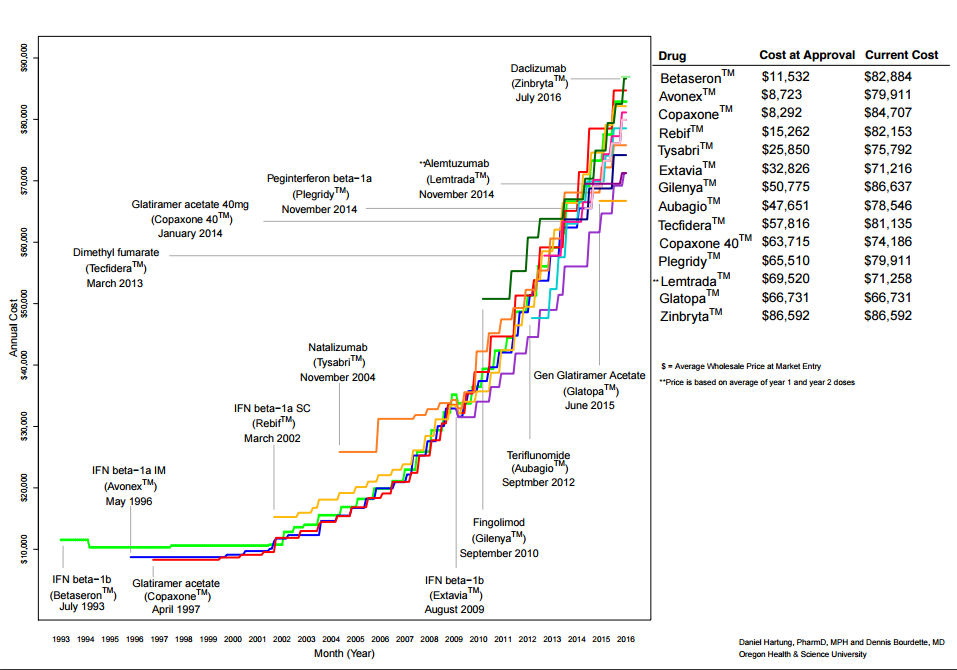