On 12 May 2021, Antigua and Barbuda notified the World Trade Organization (WTO) of their general intent to use the compulsory license system provided under article 31bis of the amended Agreement on Trade-Related Aspects of Intellectual Property Rights (TRIPS). This notification serves as an eligibility declaration required to WTO members that may want to import products manufactured in another country under a compulsory license. As this step merely serves as an eligibility declaration, the notification made by Antigua and Barbuda only informs other WTO members that they could use the special compulsory licenses system at some point in the future – without providing further details.

The notification, circulated by the WTO Secretariat on 17 May 2021, is available here. 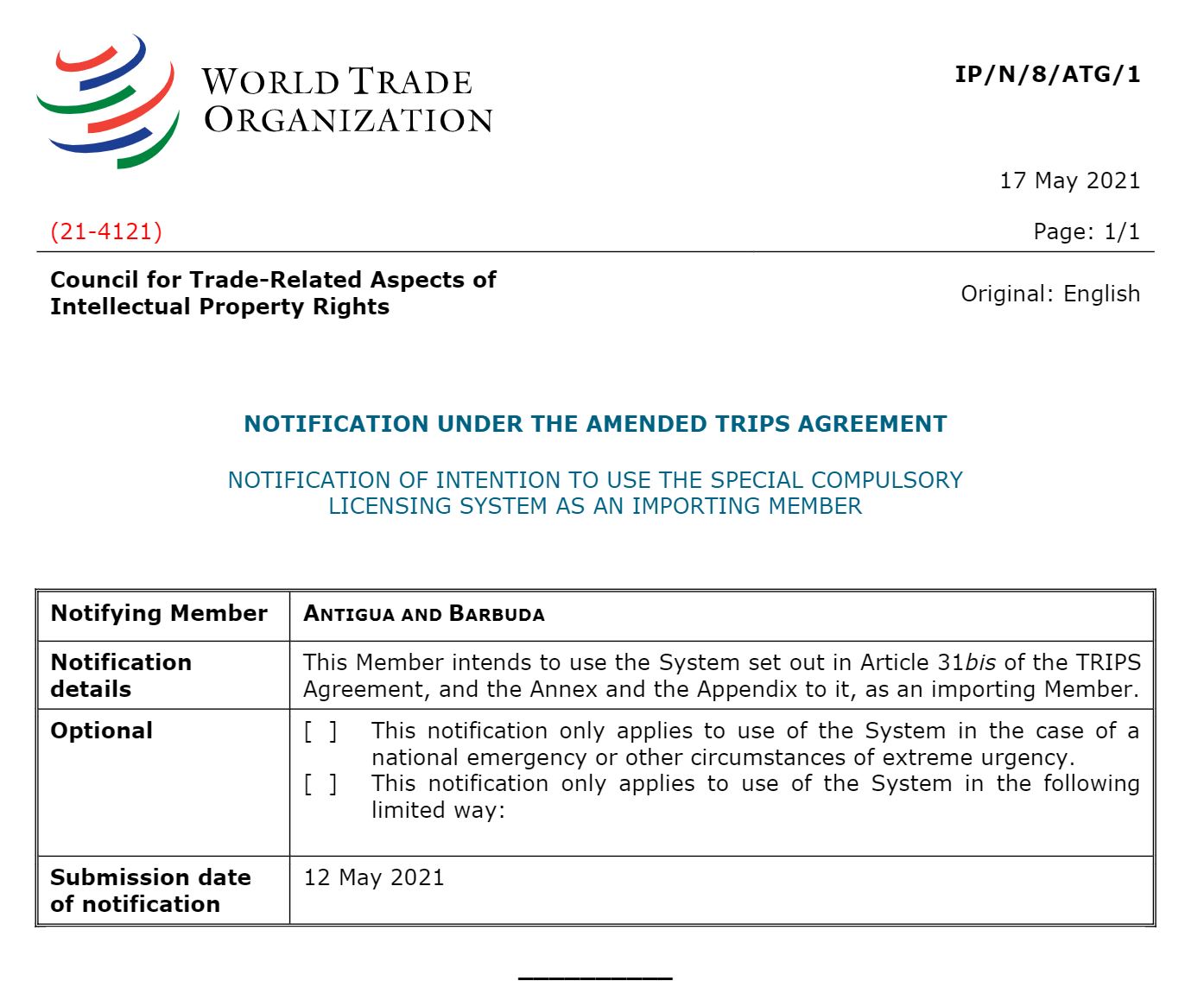 Antigua and Barbuda is a Caribbean country comprising its two namesake island and several smaller ones. The country is a member of the Caribbean Community (CARICOM), a regional integration arrangement that often coordinate positions on issues relating to intellectual property. During the opening of the 74th World Health Assembly (WHA), on 24 May 2021, the prime minister of Antigua and Barbuda Gaston Browne expressed his support for waiving intellectual property rights during the pandemic.

With this step Antigua and Barbuda became the second country that has ever officially notified the WTO of their eligibility to use the export compulsory license system. In February Bolivia made their general eligibility notification and more recently La Paz informed the TRIPS Council of their intent to import 15 millions doses of the J&J vaccine under this system. When Rwanda used the article 31bis system in 2007 it was exempted from making this eligibility notification because they were a least-developed country.

Article 31bis provides a number of burdensome and politically costly procedures, including the general eligibility notification. WTO members that make this type of notifications could face hostile criticism and retaliatory action by other countries and pharmaceutical companies that have typically demonized the use of compulsory licenses. This is probably one of the reasons why only two countries have ever made an eligibility notification like this, both of them this year. KEI hopes and expects that other countries will follow.