On October 19, 2017, I ran a query of the USPTO database of granted patents to identify patents granted to the Seattle based Fred Hutchinson Cancer Center.

A search for all patents assigned to “fred hutchinson” identified 151 patents.

Results of Search in US Patent Collection db for: AN/”fred hutchinson”: 151 patents.

I then ran a query to identify all of the patents that did not declare federal funding in the patent. This query identified 29 patents.

The high rate of corrections (45 percent of patents that initially claimed no federal funding were later corrected) illustrates the challenges of using text base query tools to identify federal rights, since none of the corrections are stored in text searchable formats. 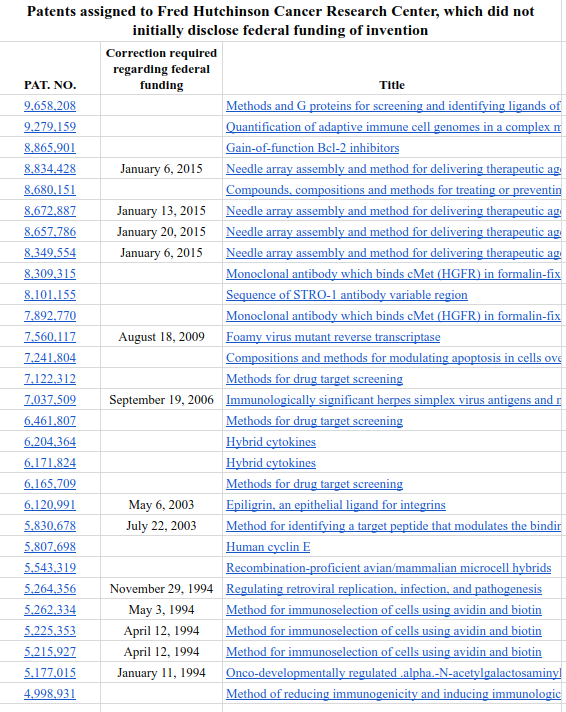