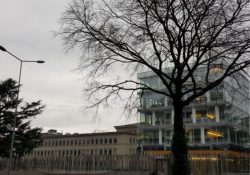 As reported by Knowledge Ecology International (KEI), on 6 June 2017, the World Trade Organization (WTO), published a paper tabled by Brazil, China, Fiji, India, and South Africa entitled, “Intellectual Property and the Public Interest.” In their communication (IP/C/W/630), the proponents called for a series of discussions at the WTO TRIPS Council on Intellectual Property and the Public Interest. END_OF_DOCUMENT_TOKEN_TO_BE_REPLACED

From AstraZeneca’s 20-F, section on Risk Factors, for fiscal year ended December 31, 2012. Number of words in Item 1A: 8621 Compulsory licensing of patents: 45 3D. Risk Factors The information (including tabular data) set forth or referenced under the… END_OF_DOCUMENT_TOKEN_TO_BE_REPLACED 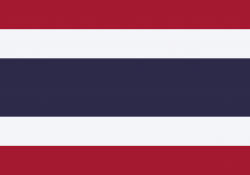 In 2007, Thailand was involved in a dispute over the granting of compulsory licenses on medicines, including the patents used for Kaletra, an Abbott drug used in the treatment of AIDS. Kaletra is the brand name for a fixed dose combination of lopinavir and ritonavir (LPV/r) — two drugs invented at Abbott on an NIH grant. In 2007, LPV/r was the preferred combination for protease inhibitor regimes used to treat AIDS. END_OF_DOCUMENT_TOKEN_TO_BE_REPLACED

The following discusses the 2009 PhRMA submission for the USTR Special 301 list on Thailand. Thailand is one of three Asian countries (China, Philippines and Thailand) that were singled out by PhRMA for the harshest treatment. The submission on Thailand covers several topics, including these: