For a general timeline of the Bayh-Dole Act, see this page. 1980. December 12. The Bayh-Dole Act was enacted into law as part of Public Law 96-517, including Section 203 that provide march-in rights. 1984. November 8. The Bayh-Dole statute was… END_OF_DOCUMENT_TOKEN_TO_BE_REPLACED 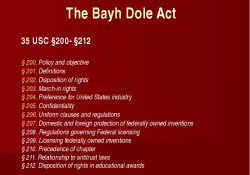 Bayh-Dole cases involving royalty free or march-in rights 1997 Cellpro case This was a strong case involving two competing medical devices, both invented on NIH grants, and a bad ending. The NIH rejection of the Cellpro march-in request led to… END_OF_DOCUMENT_TOKEN_TO_BE_REPLACED 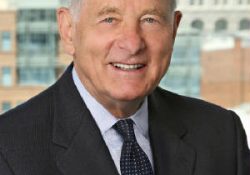