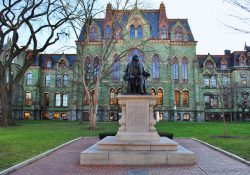 On October 17, 2017, KEI sent a letter to the NIH regarding the failure of the University of Pennsylvania to disclose federal funding of five patented inventions for CAR T.

Today (October 18, 2017), we received this statement from the University:

“We have reviewed the letter and have confirmed that each of these patents was reported to the government as having NIH funding.

END_OF_DOCUMENT_TOKEN_TO_BE_REPLACED

Missing in the reporting on the Novartis price for Kymriah, its new $475,000 CAR T treatment, is that Novartis received an Orphan Drug designation in February 3, 2015, and sequently received a tax credit subsidy from the United States equal to 50 percent of the cost of qualifying clinical trials.

From the FDA database on Orphan Designations:
https://www.accessdata.fda.gov/scripts/opdlisting/oopd/detailedIndex.cfm?cfgridkey=463114

END_OF_DOCUMENT_TOKEN_TO_BE_REPLACED

“Congress should require the NIH to enforce the Bayh-Dole obligation to make the Kite Pharma Chimeric Antigen Receptors Technologies (CAR T) treatments available to the public on reasonable terms.

END_OF_DOCUMENT_TOKEN_TO_BE_REPLACED 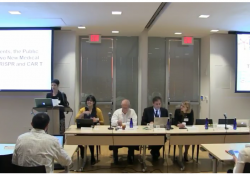 On September 15th, 2017, Knowledge Ecology International will be hosting a workshop on: “Patents, the Public Interest and Two New Medical Technologies: CRISPR and CAR T.”

If you are unable to attend in person, a livestream of the event will be available here

END_OF_DOCUMENT_TOKEN_TO_BE_REPLACED

The attached PDF file was prepared by Dr. Diane Singhroy, for Patients for Affordable Drugs. DR. Singhroy performed a keyword search in the NIH RePorter database, (https://projectreporter.nih.gov/reporter.cfm) for all projects since 1993 containing the phrase “chimeric antigen receptor” (CAR), as… END_OF_DOCUMENT_TOKEN_TO_BE_REPLACED 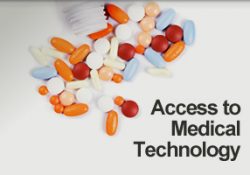 The Department of Health and Human Services Office of Inspector General (OIG) informed KEI that it would not move forward with an investigation into whether Isis Pharmaceuticals, now known as Ionis Pharmaceuticals, failed to report federal funding in patents on Spinraza.

In a letter dated March 13, 2017, Matthew Charette, the Special Agent in Charge of the Investigations Branch of OIG, explained that OIG counsel believes that OIG has limited authority, and that the obligation to “monitor[] invention reporting and remedy[] noncompliance” “rests with NIH’s Office of Policy for Extramural Research Administration (OPERA).”

On January 18, 2017, KEI submitted a 22-page letter to OIG containing evidence that the patents on Spinraza benefited from federal grants. KEI did not just ask OIG to investigate Isis’ alleged failure to report this funding, in violation of the Bayh-Dole Act and federal regulations, but also urged the OIG “to investigate whether the National Institutes of Health failed to conduct proper oversight in administering its grants” and to “recommend appropriate action to remedy the situation in line with the statute and prior decisions with regard to failure to disclose a subject invention.”
END_OF_DOCUMENT_TOKEN_TO_BE_REPLACED

KEI has asked the DHHS Office of Inspector General (OIG) to investigate a failure to disclose federal funding of patents on nusinersen, a drug developed by Ionis Pharmaceuticals (formerly known as Isis Pharmacetuicals) with BioGen, and sold under the trade name Spinraza.

A copy of the 22 page letter to OIG is available here.

END_OF_DOCUMENT_TOKEN_TO_BE_REPLACED

Matt Richtel and Andrew Pollack explore the complex policy issues involved with the pricing of products based on taxpayer-funded inventions and research in a front page New York Times story published today.

END_OF_DOCUMENT_TOKEN_TO_BE_REPLACED

Kite Pharma is a California-based biopharmaceutical company working on various types of cell therapies for the treatment of cancer, in a bid to become the first pharmaceutical firm to gain successful FDA approval for this new class of cancer treatment.

Kite closely collaborates with the National Cancer Institute, which conducted significant early research into the forms of cell therapies that Kite is seeking to commercialize. NCI conducts clinical trials under Cooperative Research and Development Agreements (CRADAs) with Kite, and additionally has granted exclusive licenses on over a dozen patents to Kite on the same technologies.
END_OF_DOCUMENT_TOKEN_TO_BE_REPLACED